Production Club agency approached us to develop two games for the AWS re:Play 2018 event in Las Vegas. We developed gameplay, designed and fabricated the consoles and on-screen visuals for Button Mash and Tug Of War. Button Mash is a “track and field” style game in which two opponents furiously press two buttons to push their progress bar up and around a 40 foot LED screen. Tug Of War pits two teams of four against each other to see who can mash the most; the winning team taking over the giant screen with their color. Enthusiastic crowds cheered on the action as they waited for their turn at victory or defeat. 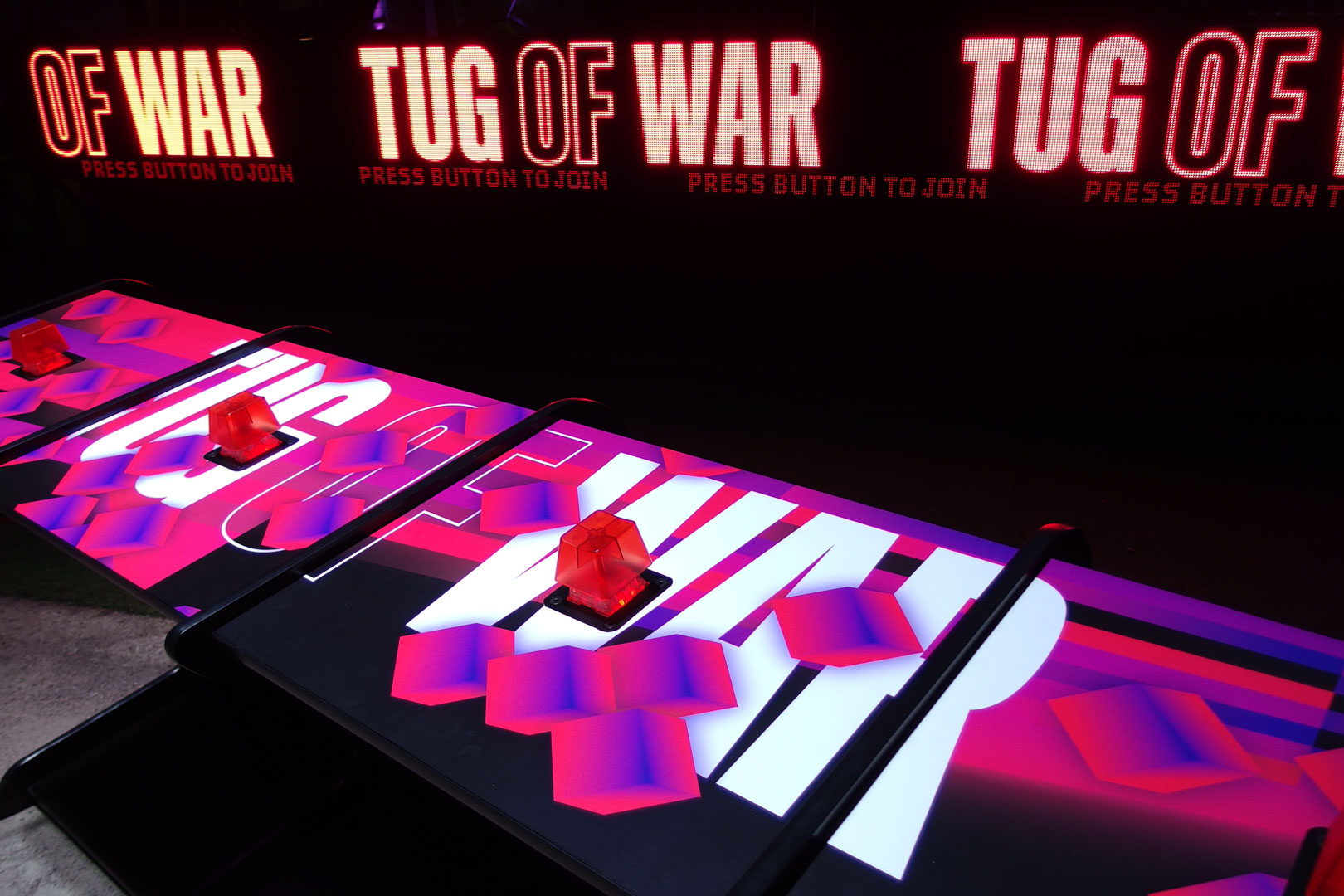 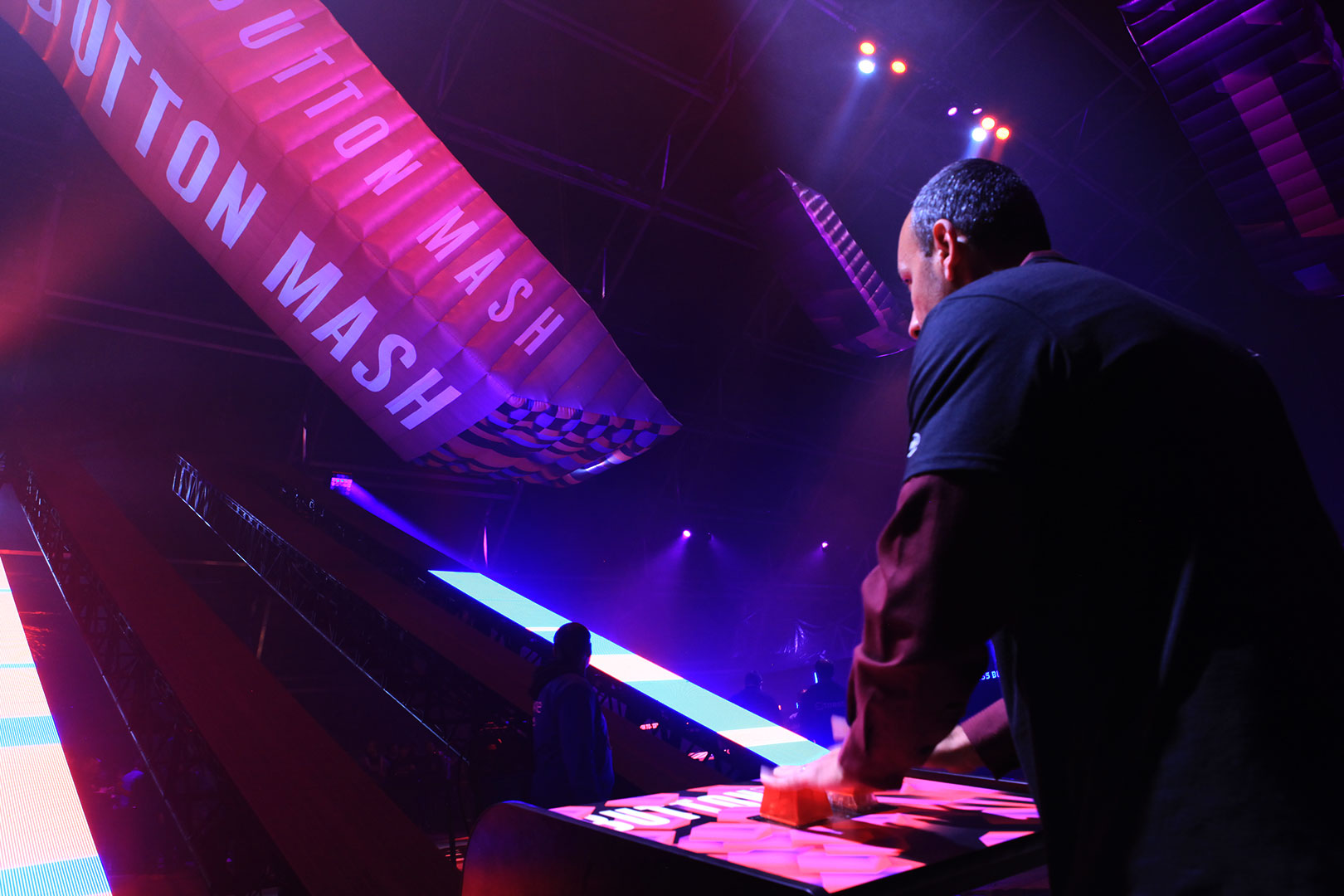 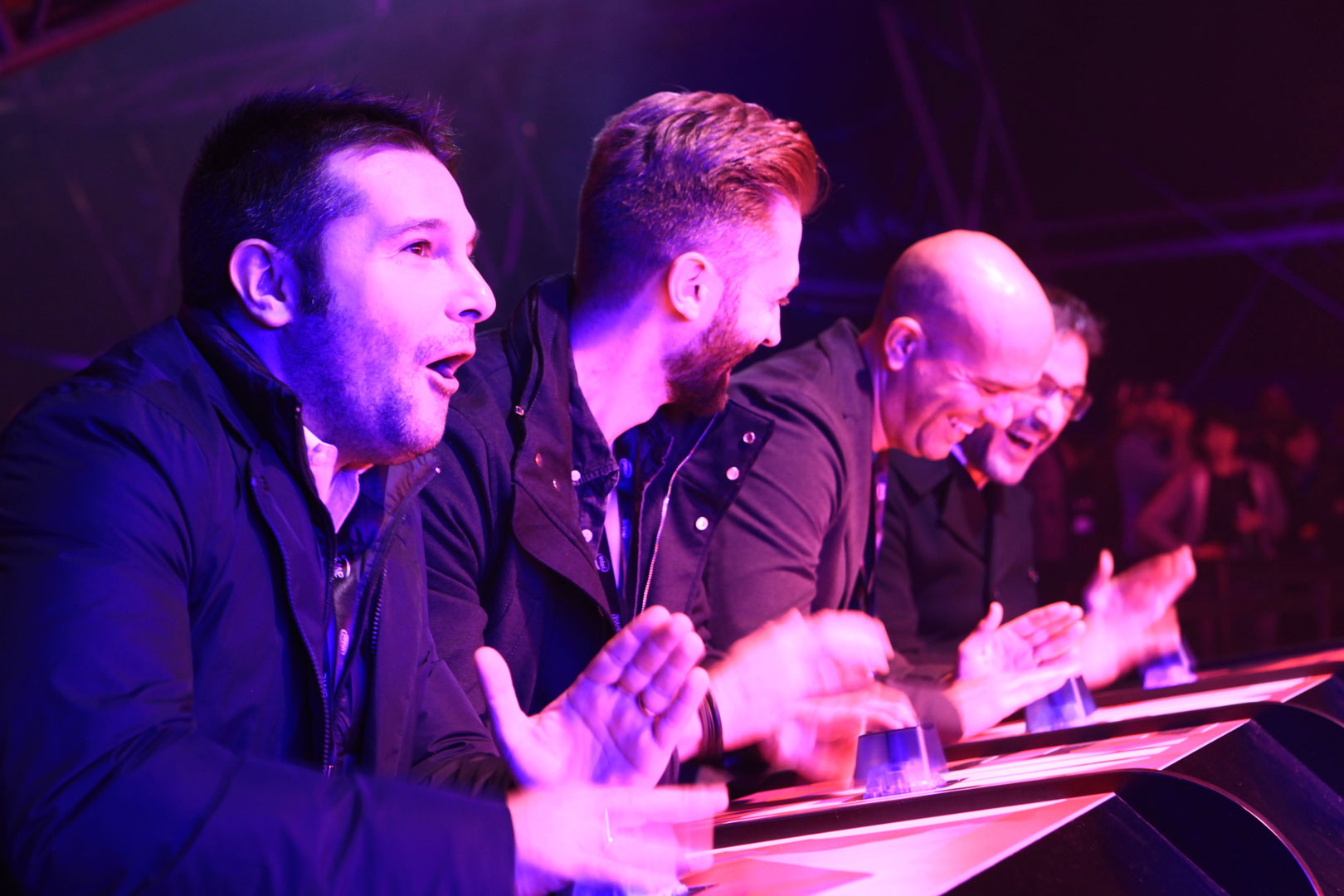